Posted by Flint Hills Paranormal on May 1, 2020 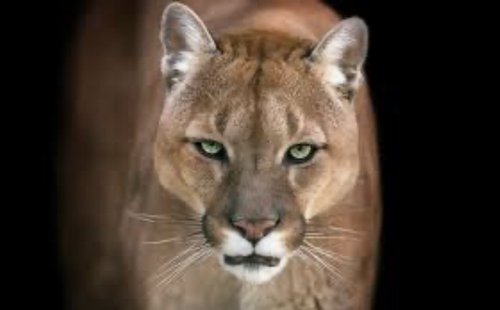 Back in another lifetime, I was very active in the local and State Humane Societies. I was President of both and did much of the animal cruelty investigations for over 25 years both locally and Statewide, which would be interesting fodder for an entire book, but I digress. But, being involved in these activities, I was privy to some of the unbelievable ugliness that a human can place on an animal, as well as the depth of beauty and love a human can have for the other creatures of this world. One of the uglier things were the Wild Animal Actions that were held in Kansas in the late 1980’s and early 90’s. I came to find out about them due to a cruelty case we received at night, during a blizzard, (always happened), where we got a call about a large group of animals that the owner had left for over a week without food or water. There were wolves, civets, big cats, rabbits and other animals. (Scariest thing I ever did was get in the wolf pen to feed them while those very hungry wolves were pacing back and forth, eyeing me for dinner.) We ultimately closed this facility down, but found that in El Dorado, there were monthly Wild Animal Auctions, where some of these animals were purchased. When I went there, I saw one couple buy a bear cub and place it in the back seat, having no idea how to care for it or being prepared, a snap decision. Across the State, Humane Societies were getting calls from people to take these lions, tigers and bears that had been purchased, because they had grown out of their cuteness, but Humane Societies were not at all equipped to handle these animals. Unfortunately, some of these animals were released into the wild.

The auctions were stopped over time, but I remember hearing stories of animals that didn’t belong in Kansas being killed by hunters from time to time. One was around Reading, where two hunters killed a jaguar (I believe) and found that it had been defanged and declawed. There were more stories like this, but amidst these stories, we (Humane Societies) got reports of black cats and mountain lions from across Kansas. This part of the cryptid cats blog will focus on the Mountain Lion (Panthera Concolor), one of the most reported of the cat sightings that aren’t there, in Kansas.

I had my own sighting of a Mountain Lion in the late 1990’s after a storm had moved through. I was driving down the highway just north of Emporia and as I was coming down a hill, I saw a large animal at the bottom of the hill which I thought was a big dog, walking back and forth across the highway. As I got closer, I was astounded to see that it was a huge cat with a long tail, a Mountain Lion! (I remember I had to keep telling myself Mountain Lion!!) I had to stop the car to keep from hitting it, so I was able to watch it for a brief time. It acted dazed and walked back and forth across the road a few more times before it went off toward a creek area and disappeared. At that time, the Kansas Department of Wildlife and Parks said that there were no Mountain Lions in Kansas. If only I had had a cell phone! I have a M.S. in Biology and was well versed in Kansas mammalogy and knew what I had seen. You hear this a lot from witnesses to odd things.

I am certainly not the only person who has seen a Mountain Lion in Kansas though. The Kansas Department of Wildlife and Parks has had hundreds of reports of sightings but state that the first “confirmed” report in modern times, was in Barber County in 2007. Prior to this, there had been a bounty on these cats and they had been effectively wiped out of Kansas, with the last one confirmed when it was shot in 1904 in Ellis County. In the 1960’s and 70’s regulations were set up for those States that still made it legal to kill these cats, and then in the 1980’s and 90’s there were new regulations placed on deer and elk hunting, which made a more plentiful food source for them. Interestingly though, it was later found that the negative run-ins with these big cats in other areas was caused by hunting them. Because hunters would kill the adult, larger cats, the younger cats would either see humans as prey or be more apt to kill livestock, because the older ones had not shown them how to hunt efficiently. Once the hunting of these cats was cut back, these behaviors stopped for the most part, but humans continue to encroach on their territory and there are more nature trails and parks than previous, so there will continue to be interactions between big cats and humans.

In Kansas, the Kansas Department of Wildlife and Parks continues to look at reports of Mountain Lions as mistaken identification of either large house cats, Bobcats, dogs or other natural wildlife. They further believe that there is not a breeding population in Kansas and that those sighted are visitors from neighboring States. Recently, there seems to be more reports though, with bodies.

In February 2019, the Wichita Eagle reported on a group of quail hunters in Rooks County who had found a dead, female Mountain Lion that had been shot and had the front left paw sawed off, probably as a gruesome souvenir. Among reports there was one in Geary County on November 9, 2016; in Shawnee County, November 24; and in 2016 there is a great video and report of one that was treed by dogs in Wabaunsee County. (Link to video in in the Bibliography.)

The Mountain Lion is a formidable creature, that has the potential to kill or really harm a human being. They are generally a tawny color with dark around the mouth and a very long tail with a black tip. A beautiful animal that is around 2-3 feet at the shoulder; the male can weigh between 120-220 lbs., and the female 64-120 lbs. The male adult is approximately 7.9 ft long and the female 6.7 ft. They prefer to be in areas where they have a great deal of cover and there is a great deal of prey, especially deer. Contrary to belief, they are a quiet and secretive animal, so the truth is, they may be watching you, but you may never see them.

As a cruelty officer and young biologist, at that time, I was told often about big cats being seen, and had to check them out. Among the reports I received were many stories about cats living in an old barn just north of Emporia, around Olpe, and on several other farms; a farmer near Lake Kahola treed a mother Mountain Lion and her two cubs until she jumped down and scared his bejeebers off. Outside of Melvern, I knew a lady who had a big cat that would come down in the evening, sit on the hill behind her house and watch her and her dogs. I would have been a bit disturbed about this, but she didn’t seem to mind. Kansas State University had a Mountain Lion hanging around close to the Agriculture area for several months a few years ago. So many stories, and now there are bodies and videos. They cannot all be coming from other regions into Kansas. We certainly do have a breeding population. So, if you are out, deep in the woods, and you start getting that creepy feeling that something is watching you, there very well may be something watching you.

Wichita Eagle, “That Mountain Lion You Saw? – Probably Not a Mountain Lion – At Least Not in Kansas,”, Michael Pearce, July 2, 2017.