The word “errant” means “misplaced,” or something that is out of its general location or way of doing things. We wouldn’t expect to see a polar bear in Kansas, a piranha in our rivers, or elephants in the Flint Hills, but if they should be discovered lumbering or biting things out there, then they would be “errant,” or out of place.

Habitat, climate, food sources and many other environmental changes over time have allowed many animals that were rarely found in Kansas to become a part of the tapestry of our Kansas environment. As Kansas winters have warmed, the Nine-Banded Armadillos (Dasypus novemcinctus) have moved from Texas and Oklahoma up into Kansas and have become quite plentiful, and are all too often seen feet up on the highways. White-tailed deer (Odocoileus virginianus) populations have followed the food supply and have grown in numbers for the past 50 years, and the Mountain Lion (Puma concolor) have followed the deer. These are no longer errant animals, as this is their home now.

This blog and the next are going to delve into a couple errant creatures that have been seen frequently in Kansas. They are not exactly “cryptid” animals because they are a real species, but they are not supposed to be seen in Kansas, so they are “cryptid” in this sense because even though there are reports, they are not naturally a part our ecology. Thoroughly confused yet?? Read on about these rarities in our State. 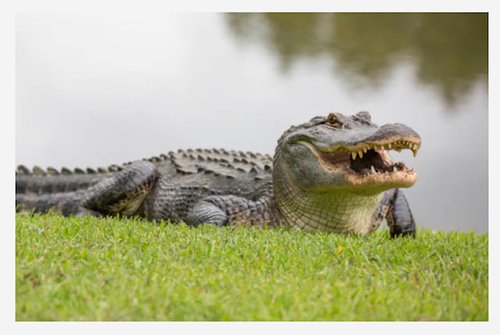 You have probably heard of the stories of giant “gators” living in the sewers of New York, thrown away by people who had purchased them and when they got too big, they were crudely flushed down the toilet to live in the sewers evermore. Coleman reports that one of the foundations of these stories is, “Surprisingly, the origins of the New York stories go back to the 1930s. On June 28, 1932, “swarms” of alligators were seen in the Bronx River, and a three footer was found dead.” Reworking this story, a book by Thomas Pynchon, in 1963 entitled, “V,” which the main theme is about a brave group of people battling giant alligators living in the sewers. These may have been the start of the idea of “gators” in the sewers, but the fact is that the Superintendent of the New York sewers, Teddy May, in 1935 found out the truth about the alligators. He had for years had workers talk about the alligators they had seen in the dark sewers under New York, but he toss aside the idea that any these stories could be real, and said that the men must be drinking on the job. He found out that they were not drinking, so he decided to find out for himself. He went down into the dank tunnels himself and “in a few hours later, May returned, shaken. …. Teddy May had seen alligators two feet in length and longer.” He put rat poison in the sewers to kill them and several were hunted, but others started showing up in New Rochel and continued to be recorded in the sewers from 1948 to 1966. It looks like these ‘gator stories were real…and they may be found down in the dark under other larger cities to this day.

Alligators (A. mississippienis) in the sewer is one thing, but Coleman, in his book, “Mysterious America: The Revised Edition,” talks about alligators falling from the sky! Shades of Sharknado! He states, “Accounts of alligators falling from the sky would seem to be a rarer and less defensible form of crocodilian mystery, but no less an authority than the U.S. Weather Bureau related such a fall for July 2, 1843, on Anson Street, Charleston, South Carolina. Also, the New York Times carried an item on a fall of alligators; they fell on a turpentine farm in Aiken County, South Carolina in December of 1877.” He further states, “Alligators, caimans, and crocodilians have materialized in cotton bins in Texas, express trains in France, hot water ditches in Illinois and basements in Kansas.” Gators seem to have found ways to show up in the strangest of places.

Coleman has over 80 incidents of errant crocodilians in strange places all over the United States. Newton, in his “Encyclopedia of Cryptozoology: A Global Guide,” relays the following Kansas reports:” Newton- A 10-inch alligator was killed in a resident’s basement drain (July 1978). Olathe – A sighting was reported from Interstate 70 (Summer 1978). Wichita – Multiple sightings of a 10-foot alligator were reported from the Little Arkansas River (30 June – 7 July 1978). Stillwell – A 3-foor specimen was sighted (March 1979).” More recently the Kansas Department of Wildlife spotted a 5-foot, 4- inch alligator on January 27, 2018, in Coffey County Lake; October 9, 2018, flooding in Kansas found an alligator in a river; January 29, 2010, and alligator was found dead in a Kansas lake; Olathe police found a 4-foot alligator near Basehor in the middle of the road; and there was a lot of flack about a 7-foot alligator named ‘Catfish’ taken from a home in Kansas City in 2018. 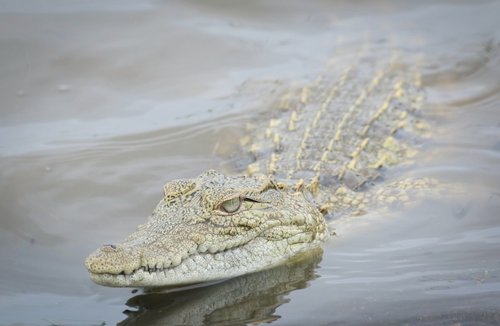 Granted the last example, ‘Catfish,’ was a pet, an illegal pet, but one called “gentle as a pupp”;, these alligators that are found in lakes and rivers are generally thought to be pets that are set free into the Kansas environment. They are warm water reptiles and are thought to not be able to survive the very cold Kansas winters. Please do not purchase any exotic animals and release them into a different environment. You are dooming them to a horrid death. But what about the survival of alligators that are released into areas with warm water ponds, such around the Wolf Creek Nuclear plant, or in the more southern part of the State, or maybe even in the sewers under your fair city? 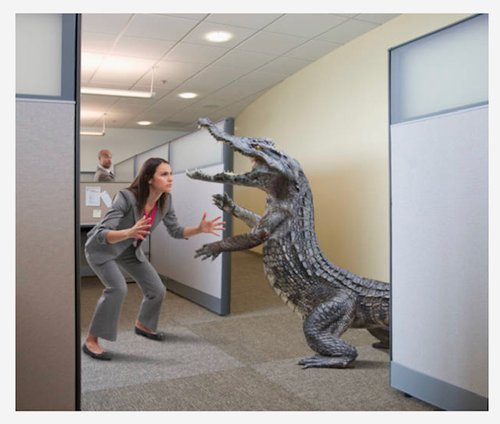 A 5 foot alligator was spotted in Willow Creek in Manhattan, KS, June 12, 2020. Apparently, the alligator was stolen from a pet store and after the thieves realized it could do them bodily harm, was released into the creek where it was sighted sunning itself on a log. 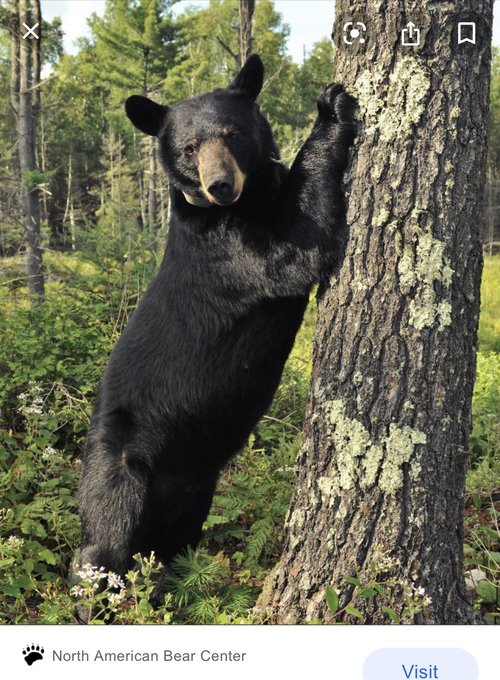 Bears....oh my!! Yes, Kansas is beginning to have it’s own population of bears if South-Eastern Kansas. Of many of the creatures that we have discussed, bears truly are the things I fear most. I think I read too many of my Uncles hunting magazines when I was young showing hunters getting mauled by a bear. South-Eastern Kansas has great populations of deer, woods and all that is necessary for bears to move into the State. Another reason to watch your back while in the woods.