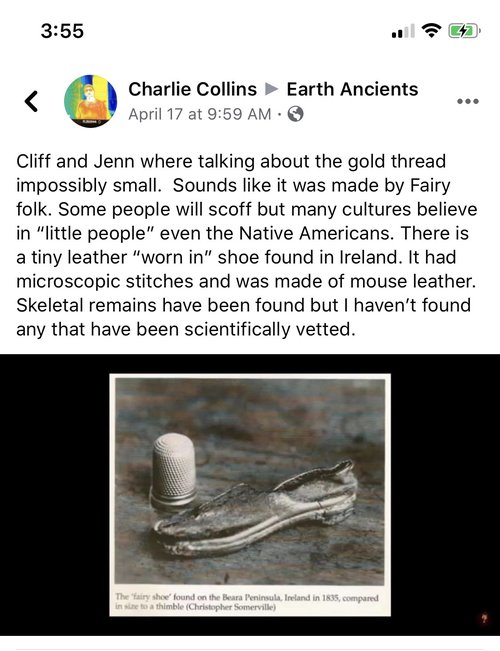 The “fay”, fairies, elves, wee folk, wild people, and so many other names for what we think of as those tiny little people living in the woods, singing to us as we sleep in our tent and making mischief around the camp. They have been around in one form or another for as long as humans have recorded their lives. They have many names depending on the country, like: the Mogwi in China; Yaksha in Buddhist and Hindu lore; Tien in Vietnam; Africa has the Aziza; Aos si and Leprechauns in Ireland; Tylwyth Teg in Welsh folklore; Zana in the Roman culture; alux in the Mayan culture; and the Menehune in Hawaii, as well as many others. There are those, that within these groups have hundreds of other names, classified by size and what they do. If you are interested in further information about these, I will put a couple sites where you can get more information with the references below.

Realfairies.net covers several types of fairies: the most common is the 6 in. fun loving Pixies; Trooping Fairies live in the brush in the woods and do not have wings on their 6 in. bodies; the 6 in. Brownies also don’t have wings and are very social; Fauns have a human torso and goats body and can be dangerous; Merfolk that live in the waters; Leprechauns who can be 2-3 feet tall and make shoes, among other things; the 9 in., shy Gnomes; Grundels, who may live with larger Elves; the solitary Hobgoblins; and the Elves of two types, those who want to help humans, and those who want to destroy humans. There are three categories of these Fairies: Seelie, or light entities; Unseelie, or dark entities; and Neutral, who do not align themselves with either the light or dark. Overall, some are happy, good creatures, some not so much, and some are even cannibals and mean little creatures. They live in the forests, prairies and places where they can do their magic and antics. These are overlooked creatures that have homes in tree knots, on knolls and in the leaves, but harm them and they may create problems for you.

There are many people in Kansas that believe and see the wee folk, listen to their songs and learn from them the ways of nature. In Overland Park, KS in 2013, on the Tomahawk Creek Trail, little houses, complete with beds and squeaky doors, started popping up through the trail in little nooks and crannies in the trees or on the ground, for the little Gnomes who lived there. They called it the Firefly Forrest. One such individual has even caught two of these wee folk in the photo below. 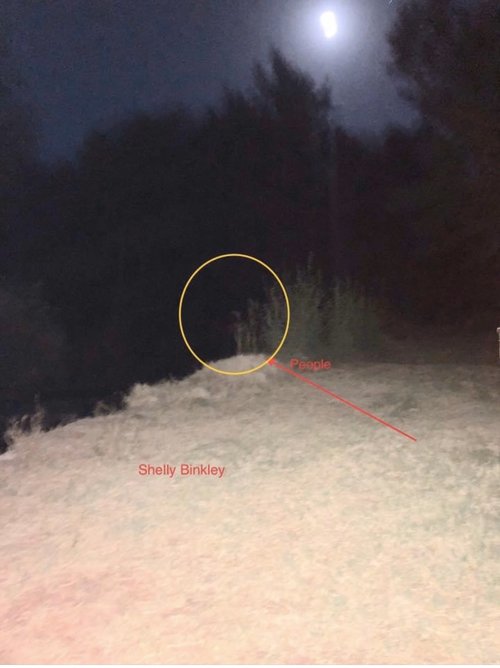 I am lucky enough to know and call Arla Cailleach Collett my friend. She has a beautifully intense and intimate relationship with nature through her Indigenous heritage and her studies of the ways of nature and the creatures that abound. From childhood, she has had personal relationships with the Bigfoot, or Hairy People, in her area, as well as the Fairies and wee folk in her woods. I asked her if she would like to write a bit about her experience with the Fairies and I was blessed with a love story. I hope you enjoy.

“When people hear the term Fairies, Tinker Bell is what usually comes to mind. A mythical cartoon creature in a Disney Movie. The truth of this for Indigenous People around the world is they are an integral part of their culture. Native American, Celtic, French, English, Slavic and German to name a few have stories of Fairies in their culture. The stories are varied from a being that plays tricks and steals children to benevolent helpers.

They are said to know the powers of the stones and herbs and will teach a human with an open heart. They also have the gift of words and when connected to a human will share that ability.

Fairies have always been a part of my life. I saw them as a child and just accepted they were my neighbors. They had wonderful homes in all kinds of magical looking places. Gnarled tree trunks with an opening were wonderful homes for them. Their lights would light the inside of their homes up. Sometimes when walking in the woods at night you could see tiny rays of light coming through small holes and cracks in the trunk. You can also hear them singing sometimes. A soft barely audible sound. People often say it sounds like someone talking a long way off.

They are also romantics. In my life they have helped me make choices. When I met my partner, I wasn't sure if I should even consider being with him. Many times I would express that thought and they would respond with very small glyph writing. I have many photos of the tiny Glyphs they would leave. They would make sure I saw them by putting them in places I would be sure to see them.

A lot of the glyph writing they left would be my partner and my initials put together. They left hearts when I would express how I was not sure I should give my heart away. They were always joyous when I would find the glyph and when I expressed how much it meant to me that they cared I would hear them chattering and laughing. Yes, if you are open hearted and listen you can hear them.

They do love to tease and will hide things from you but if you ask in a good way they will bring them back. There is even a Celtic Song about the Fairies stealing some keys.

The next time you walk in the woods listen closely with an open heart and you just might hear the Fairies singing. You know you might even get a glimpse of them dancing through the leaves and talk grasses. Be sure and say hello.” 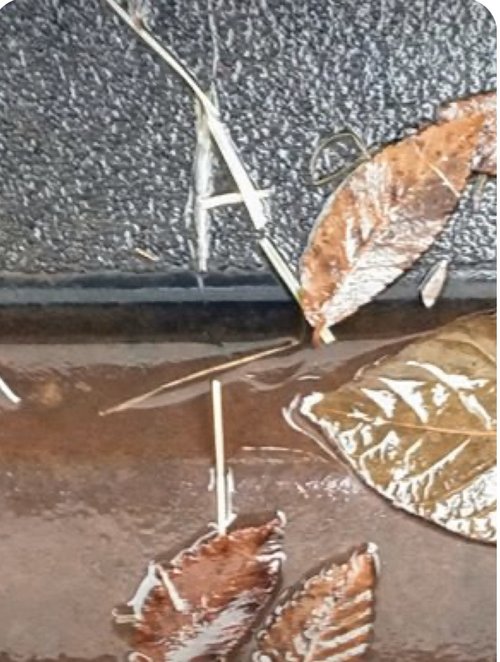 Arla's glyph from the Fairies that has her and her partners initials. (A and T)

As Arla says, listen carefully and you might be able to hear the wee folk singing. Our word in a great mystery and each day a blessing. Enjoy each moment.

UPDATE: Scientists have found a tiny 600 million year old skeleton, long before vertebrates should be be on Earth! See link: 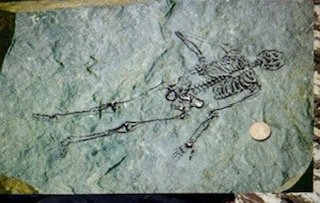 Facebook, “Little People of the Forest” and “Encounters with the Good People”