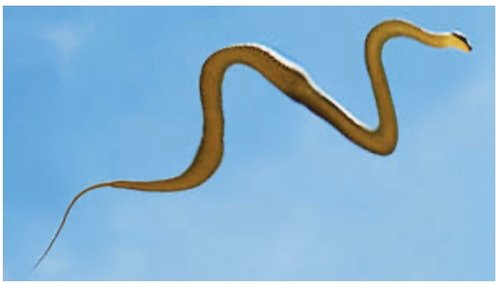 Although there are real snakes in Asia that fly, they are gliders not actual fliers. For some reason it seems like there was something sinister going on in Kansas back in the 1800’s that caused snakes to fly, which was rather unsettling to many Kansans.

In 1873, reported in the Ft. Scott Monitor, June 27, several residents of the town who were just going about their business, looked up to the bright sky and, probably having been told not to stare at the sun, saw “the form of a huge serpent, apparently perfect in form, surrounding the sun” for several minutes. Two of the, probably half blinded, witnesses of this sighting signed affidavits to the fact and to show their honesty and sobriety. There were no other reports of the snake and no explanations of whether the snake was trying to sun himself or just had a large appetite.

Also, in 1875, reprinted from the Leavenworth Times, September 15, a snake with wings was caught by two young men and was placed in alcohol for preservation, although the preserved snake has since disappeared. The story goes that a lady in the southern part of Leavenworth was astounded to see a snake flying around through the town. Later, two young hunters were in the woods and were confronted by a one-foot, spotted snake with wings about the size of a man’s hand, that flew around them several times, approximately 4 feet off the ground. One of the brave young man took off his hat and smacked it to the ground, thus the snake in the jar.

As soon as I find out something, something else comes around. In point, do snakes fly, if so, how…..here is an article that explains how that can happen! 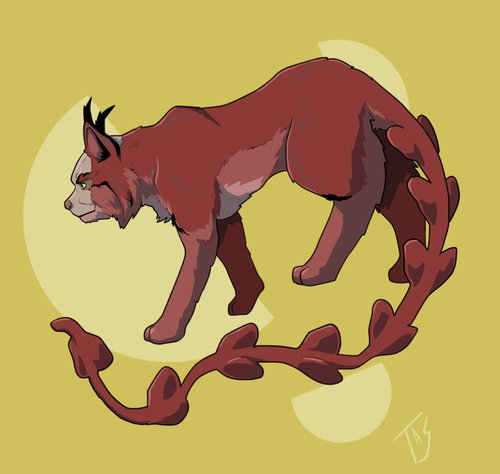 A SANTER OR MONSTER SNAKE:

Why this story was written in the Statesville (North Carolina) Semi-weekly Landmark in May 18, 1897, is unknown, but it was Reprinted from the Topeka Dispatch. The story is entitled, “A Kind of Santer in Kansas.” A Santer is basically a southern entity that lives in wooded swampy areas and has a long body covered with fluorescent hair, probably so you can see it better. It has a large, bald head with tiny little eyes, long legs and a tail with eight hard knots that it swings around with enough strength to knock down a cow, maybe like marbles in a sock. It is said that when it makes a sound, it sounds like a baby’s wails. It moves extremely fast and was blamed for a number of dead or missing cats in the 1890’s in the South. The title of this article does not exactly live up to the description given at the scene below though.

In the City of Logan, in Phillips County, May 1897, the Postmaster and other farmers were “greatly excited”, (I imagine), at the sight of an enormous reptile, not less than 50 feet long. It had the body of a snake, but without a forked tongue and had two small horns on its head. Its color was greenish with dirty white spots, and apparently had an enormous appetite.

One farmer who lost sixty chickens to this reptile, followed the creature to a creek, where it promptly disappeared. Another farmer lost forty young hogs to the creature in a forty-eight hour period, and yet another farmer testified that with a swing of its’ enormous knotted tail, it killed his plow horse while it was grazing innocently by the river. Apparently, the creature had extremely tough skin, because it was shot several times to no effect. When it got angry, probably from being shot at, it lifted its horned head around ten feet into the air, not unlike a cobra, and rudely protruded it’s tongue at least three feet toward the farmers. They indicated that the beast, sadly, “utters a whine like a puppy crying for its mother”. Many of the farmers joined ranks to try to kill it, sans pitchforks, but it escaped into the deeper waters of the Solomon River never to be seen again.