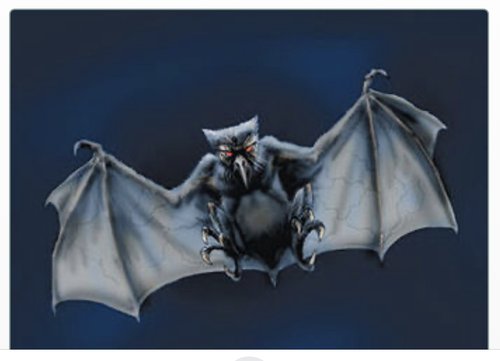 Across the United States, there have been a plethora of reports of strange, winged creatures flying around scaring regular folks, and Kansas has certainly not been excluded. There have been sightings and reports of all manner of critters with wings, from bat-like creatures to more humanoid type flying cryptids. It seems they are known to have over 48 different names from around the world, such as the Mothman, Manticore, Batsquatch, Orang-Bati, and Boobrie; and they come in all sizes, colors and manner of flight, but the one thing they all have in common is that they scare the bajeebers out of those who have been lucky, or unlucky enough to have seen them.

One of the more famous winged creatures in Kansas is in Kansas City, a creature with the horrible name of the Kansas City Winged Demon. Crypto Wikki relays a story of one of the four recent sightings of this creature in the Kansas City area. It is apparently the size of a man with a 12-foot, leathery wingspan, and the face of an “ugly man”. They state that, “When on land, it moves in a ‘wobbly’ way. It is strong enough to shake a house.” A reader of this article also gave his accounting of the Demon, as well. He said that in 2018, he was sitting on his front porch in KC when he began to hear some loud “clicking” sounds. As he tried to locate the source, he saw a large, white, winged creature in a tree. It silently flew to another tree, and he was horrified to later heard it on his roof. There isn’t any mention of why either of these stories should make this a demon, other than the “ugly man” face.

Another Bat-like creature was sighted by a man in a rural area near Kansas City, May 14, 2020. Around 10:30 pm a man sighted a huge creature with a 3-foot wingspan that flew towards his window and then flew away. The swooping creature was dark with bat-like wings.

An article in Phantoms and Monsters also tells of another story in Kansas. It was summer in a very small town in Kansas in 2019, when a young man who was visiting his family, was walking his dogs with his aunt around midnight, when a dark form glided over them. He said that it had a wingspan of 8-10 feet, and they could almost see through the wings. The body between the wings was very thin but nothing distinct. It was gliding just over the power lines without moving the wings or making any noise at all, but his dogs became very excited and began barking at it, as would I. He said that later, in an empty lot not far away, there were many feathers and rabbit fur was found, apparently having been prey of something. He felt that it was “nocturnal and may be only around when it is warm, and food is plentiful”. His parents have continued to look for it, but no further sightings have been made, although he feels that he may have seen it before when he was younger, but put if off as just an unexplained event. How often have we done this?

These are just a couple stories about flying cryptids here in Kansas, but they are seen all over the world, in their various forms. If there are so many sightings, especially by large numbers of witnesses in one area, could they not be real? Keep your eyes to the skies…. Here are a couple books where you can get you Winged Creature fix: Ken Gerhard’s book, “Encounters with Flying Humanoids: Mothman, Gargoyles and Other Winged Beasts”, and Lon Strickler’s (of Phantoms and Monsters.com) new book, “Winged Cryptids: Humanoids, Monsters & Anomalous Creatures Casebook.” Both are excellent reads…especially on dark and stormy nights.

Margie Kay is a Kansas City resident with a long resume of paranormal activities including guest speaking on numerous radio shows; hosting her own paranormal radio show, Un-X News Radio Show; is the Assistant Director of MUFON in Missouri; being an investigator with Quest Paranormal; and author of several books to name just a few of her efforts in the paranormal. She has been collecting winged creature sightings from all of the world and has put them in her most recent book, "Winged Aliens". I will mention her many times as I discuss various sightings in Kansas of very strange huge birds and other winged humanoids.

I will not reveal these witness names, but they live in the Junction City, KS area. The email and follow-up telephone contact reveal the following witness observations of the winged creature. The lady gave me permission to publish this report. The following is the original contact email:

Since moving to the Fort Riley/Junction City area we have experienced strange things. Today (1 March) my 4 year old came running and screaming to me while we were outside. She said she had seen a large scary black flying thing between the neighbors house and ours. She said it was flying, was huge as a monster heads, had no eyes, and no beak (asked her if it was a crow, eagle, hawk, etc). She said it was not a bird and wanted to go in immediately. She has been refusing to go back out and play so far today after the incident (happened around 1030am). She drew a picture but was unable to complete because she was to scared to finish it. We also have three dogs who were also outside and none of them barked during this time either. Anyways, attached is her drawing she was unable to finish.

I asked her to contact me and we discussed her report. She said that she and her daughter were outside enjoying the morning, the mother was in a hammock and the daughter was playing in the warm, early Spring morning. All of a sudden, the little girl screamed and came running to her mother saying that she had seen a big black, flying monster between their house and the neighbors. The mother checked and saw nothing. The little girl was so frightened that she didn’t want to stay outside so they went inside. The mother questioned her more about the appearance of the creature. She said it was larger than daddy, all black with a monster head and no beak. The mother asked the little girl if it was several large birds in Kansas and she said it wasn’t. She then showed her several photos of winged creatures and the little girl thought it was one particular picture of the Mothman.

When I spoke to the mother, the little girl was there and so I got to speak to her too. She told the same story of what happened, except that the creature was flying and flew off toward a field heading toward Ft. Riley. She further said that the creature may have had red eyes and triangles for wings. She was very frightened, and I told her that when spotted, these things generally go away, so to not be afraid. I will be meeting with this family this weekend to see if there are other sightings, pets missing, etc. in the area. Will update when I have more information.

The following are the little girls’ photo and then the photo she thought the creature looked like: 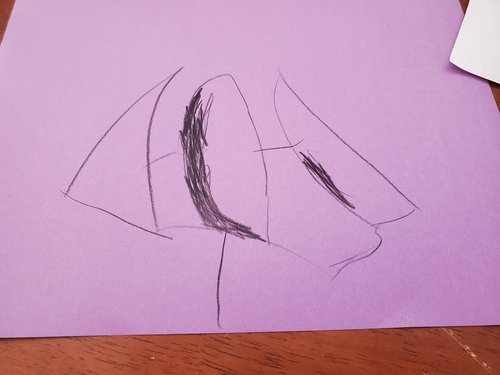 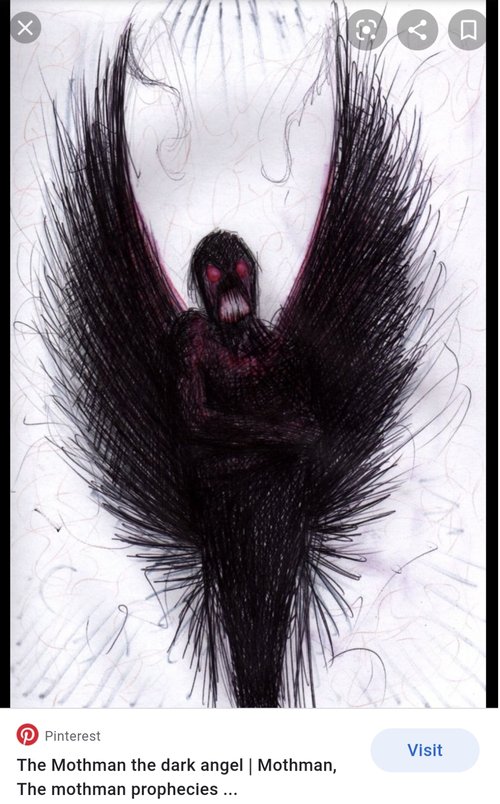 Reported to PhantomsandMonsters.com, Febuary, 2021, a young man in Goodland, KS had a very frightening encounter with something not human, a bird-like, Mothman-like creature in the woods. The report is as follows:

"OK, so where do I start? I mostly like to go on walks late at night and this particular night was during the summer. I was walking down a familiar dirt path in a wooded area when I noticed something red. Deepest red I ever seen. It was up in the trees too and when I looked up it suddenly was gone. So I just assumed it was my imagination, continued walking.

Well not long after I felt what at the time i assumed was wind whoosh over me, and up ahead slightly to my left there were two big red eyes. At least I assume they were eyes. Now it is important to note, I live no where near Point Pleasant. I only know about Mothman because of research about him. But as I got closer to investigate, the eyes disappeared and when I got to where I assumed it was standing I saw two kind of bird-like foot prints, except they were at least twice the size of my foot. I don't really remember much after this but I do remember looking behind me, turning around, and running back to my house.

I am not sure what I saw, but I assume it was Mothman. I keep feeling like I'm being watched, and I'll never forget those red eyes. Just the deepest most bright red I ever seen. I guess that's it. No, I don't live near Chicago as I'm in Kansas. To be precise Goodland. This was around 2-3 weeks ago, and the body shape was fairly humanoid. I could make out arms and legs, but the eyes really caught my attention. Keep in mind, I never bring a flashlight with me on these walks, and the eyes seemed to glow. And the red of it was just this encapsulating red. I cant get them out of my head." JG