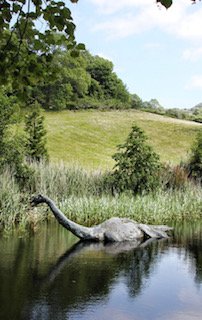 Kansas does not have any Ogopogo’s, Loch Ness monsters or other famous lake monsters that folks make toys of and have festivals for, but we do have some very interesting critters swimming in our waters. Kansas was once on the bottom of the ocean and in her chalk beds and other areas, we can find the remnants of huge monsters and even baby monsters that once swam in the waters here eons ago. In 1991, the smallest Tylosaurus, a type of Mosasaur was born and sadly, almost immediately died almost 85 million years ago. They were a marine reptile and are closely related to the modern monitor lizards and to snakes. Its fossil bones created quite a stir among scientists. This little guy was but a baby but would have grown up as an adult to at least twenty feet long, but many are known to get up to forty-six feet long, with huge jaws filled with dangerously sharp teeth. Paleontologists are finding a rich trove of a variety of marine monster remains in Kansas. It is amazing to think that these creatures would have been swimming over our heads at this very moment, if we went back millions of years. The Sternberg Museum of Natural History in Hays has a wonderful display of these creatures. Is it possible that some underground cave systems beneath lakes still contain living specimens of these huge aquatic monsters? 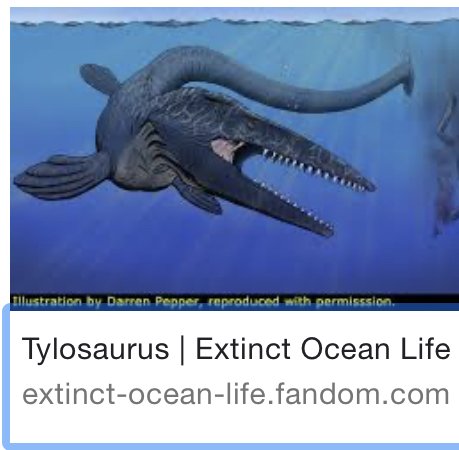 Kansas Native American tribes knew of several water monsters and Great Serpents that lived in our waters from legend. Hiintacabiit (water master), was a great horned serpent legend known by the Arapaho. It could either do harm or if respected and given offerings, could help with hunting or war. Mishipesbu, or the Underwater Panther, was a mythological creature of the Ottawa and Cree tribes, a cross between a cougar and a dragon. This fearsome creature caused the drowning death of people who neared the water. It was described as furred, with horns and sharp saw-toothed back, about the size of a cougar. Maneto, or the underwater Giant Serpent of the Sauk, Fox and Potawatomi tribes, was a dreadful man-eating creature that lived in the rivers and lake and drowned those who ventured near the waters. Were these just legends, or could they have been real creatures?

Fall was coming to Kansas in late October,1967. The scenic Bryon Walker Wildlife Refuge, or better known as the Kingman County Lake, seven miles West of Kingman and approximately thirty miles west of Wichita, was about to find itself in the midst of a lake monster story. This is a fairly shallow, eleven-foot lake that is known for its clear water due to being fed by a spring. It has a sandy bottom and is home to Crappie, Bass and Catfish. The lake itself was enlarged to 144 acres in 1955 and is surrounded by woods and rolling sandy prairie. It had formerly been a wetland called, ‘Callahan Marsh’. On this late Fall day in 1967, a newspaper reporter wrote a story about a young calf that had been taken at the edge of the lake and devoured by a twenty-foot monster, that was living in this quiet lake. Things died down about the lake monster until August 1969, when the story was again revived, but since that date, no other sightings of this water creature have come to light.

This story is reminiscent of ‘Sink Hole Sam’, (former blog), the creature that frightened many fishermen near Inman, Kansas in 1920. So even though Kansas may not have many big and famous lake monsters, we do have these two reported lake monsters. Kansas can also brag about having some of the largest catfish and turtles around, and some of those are of monstrous size, so I would say we do have monsters in our Kansas waters. 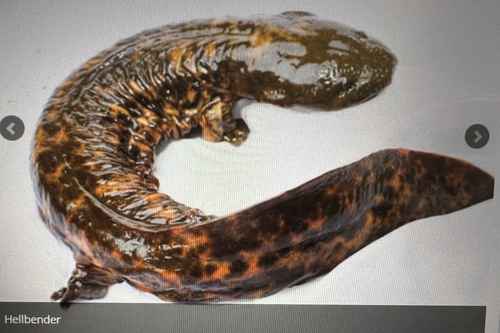 Not really a water monster, but if you saw one of these very large salamanders in a stream, you might feel that they are a water serpent of some form. Recently, in Kansas the Hellbender Salamander (Cryptobranchus alleganienis), Americas giant salamander have been found and many released into our waters. They are also known by such loving terms as the "Devil Dog", "Snot Monster", or "Lasagna Lizard". Due to water pollution and other reasons, their numbers have been greatly reduced. Heroic efforts by several agencies are trying to bring back these monsters of our stream. Different agencies, The Defenders of Wildlife and the St. Louis Zoo, have raised young and now have released then into Kansas and Missouri waters. In Kansas they were released into the Neosho River/Spring River/ Shoal Creek systems.

If you see something strange in the bottom of clear, oxygenated waters, Hellbenders are large, stout bodied creatures. They may be brown, tan, gray, yellow or black with lighter spots. The young have internal gills until they get about 4-5 inches in length, around 18 months. Adults have folds of skin down their sides. The head is wide and flat, with the eyes far set. They can grow to 11-23 inches in length and the largest found in Kansas was a whopping 29 1/4 inches, which might make you think they are some sort of water monster. I wonder if this could be related to the Sink Hole Sam legend.

Hellbender by the Animal Network Team