Cryptids of Kansas: The Windigo, Deer Lady, and Other Native Legends: 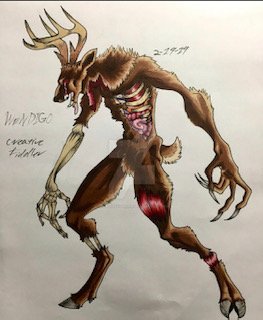 Cryptids of Kansas – The Windigo, The Deer Lady, and Other Native American Legends: 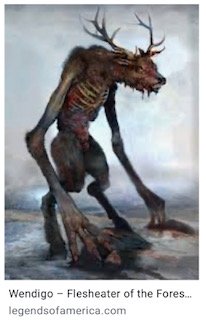 When people think about the Windigo, also spelled Wendigo, it is generally in the context of the northern States and Canada, but the Native tribes in Kansas also believed in a Windigo creature. In her book, American Monsters, Linda Godfrey reports that, “The Windigo is one of the scariest and most widespread monsters in the lore of the North America’s indigenous people.” The Chippewa, Ottawa and Potawatomi tribes in Kansas believed that this was an evil, man-eating giant human, who was turned into this terrifying beast due to some slight to another or through a variety of sins. The Chippewa believed that selfishness, gluttony, or cannibalism would turn a tribe member into the Windigo for punishment. Native languages.org describes the Windigo as, “The apperance of a windigo is huge, monstrous, and made of or coated in ice, but the human it once was is still frozen inside the monster where its heart should be, and must be killed to defeat the windigo. In a few legends a human has been successfully rescued from the heart of a windigo, but usually once a person has been possessed by a windigo spirit, the only escape is death.” The Windigo appearance differs from tribe to tribe. It can be seen in a werewolf form or as a thirty to thirty-eight-foot starving ice monster with large antlers and a frozen heart. There is very little human left in the Windigo’s skeletal form. It is constantly hungry, and its’ hunger can never be satisfied.

One horrible story happened on a bus, July 30, 2008, when Vincent Weiguang Li, who had been calmly sitting on the bus, suddenly attacked one of the other passengers and violently murdered him. In front of the horrified bus passengers, he beheaded him and then began eating his organs. Whether this was a manifestation of a Windigo in Li, or not, it was thought to have been by the Toronto Sun newspaper. One can see how this Windigo behavior would keep children out of the woods. I guess the moral of this story is to be a good person, so you don’t have to eat folks. 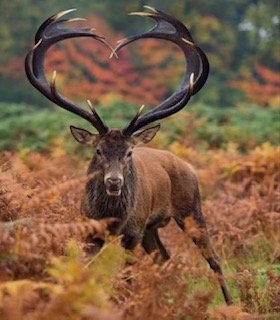 Many of the Central Plains tribes, such as the Potawatomi, Ponca, and Creek tribes believed in a fertility and love spirit in the form of a deer. Young children, young adults and prepubescent are taught these stories, mainly in the Osage, Pawnee, Sioux and Ponca tribes. These tribes state that they have had actual sightings of her in many forms. She is seen in human form, as a beautiful young woman, or may be seen in deer form, and sometimes as both, human and deer form.

Generally a benign spirit, the Deer Woman is thought to help women conceive, but she can also be a very dangerous entity. Some tribes believe that she will seduce men who are adulterous or promiscuous and have them follow her out into the woods and lead them to their deaths, or she might just leave them so love struck, that they pine away for want of her. She is said to trample people to death, especially disobedient children, or girl-crazy young men. This angry form of the Deer Woman is thought to have been a young lady who was raped and murdered, and transformed into this type of Deer Woman, who is understandably, angry.

The Deer Woman can also be seen as a personal transformation one has made, or as a warning of impending harm. Apparently, she is fond of dancing and may be found dancing it up in a community dance until the drums stop, when she disappears. If you should find yourself confronted with an angry Deer Woman, she can be banished through chants and tobacco, or by looking at her cloven hooves.

The Deer Woman has characteristics of both a siren and succubus. The sirens song lured lusty men on ships off course, toward the dangerous rocks where they would crash and die. The Deer Womans’ beauty would lure men into the woods. The succubi is female spirit that has sex with a sleeping male and makes them very ill until they die. The Deer Woman seems to have both of these parts, she lures men who are promiscuous out into the woods to their death. So, this could be a warning for deer hunters, be careful that you don’t follow that deer too far into the woods.

Lon Strickler has been collecting personal accounts of odd creatures for years and has written several books on the subject. This is one of the stories he collected from Kansas of an individuals' scary firsthand account with one of these creatures.

"Every day in the summer (with good weather) I walk from my house up a trail through my woods to a field behind my house. I go up there maybe 6:30 PM to 7:30 PM to take pictures and look at the sunset, and I return when its getting dark.

So, on my way up, its a very rocky hill, lots of small pebbles and fallen sticks. There's a house to the side, and a small shed. With just an engine in it, for some reason. Just four metal rods, a roof, and an engine. Don't ask why, its been there forever. Anyways, I'm almost up the bend when a "deer" comes bolting out the foliage on my left, and runs into the field. I follow it.
So, I get up to the field and its maybe halfway across already. It's just standing there, staring at me. It was a very skinny buck too, big horns, and I could almost make out its ribs, but they were a bit difficult to see. I take a step closer to it (its maybe 50 feet away) and it turns and runs. I run a bit more to get closer, and it's all the way in the trees now, still looking at me. It doesn't make a sound, just stares. I couldn't tell exactly what it was doing, but I'm quite positive it opened its mouth to say something. I ended up not taking pictures, and going right back." C 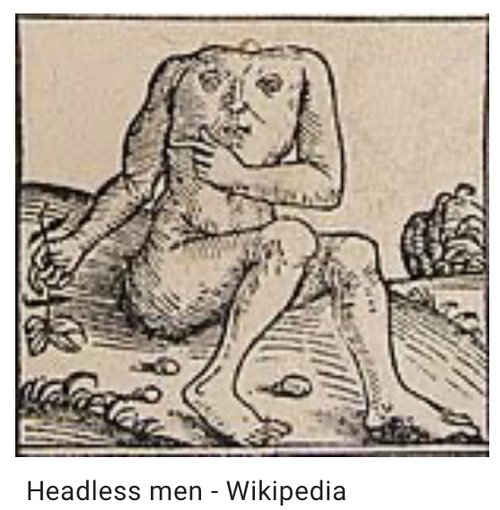 Headless Men are thought to be very dangerous monsters or bogeymen. The Wichita tribe, in particular, believed that this was a very bad omen when sighted. The Sioux called it Two-Face, and the Crow tribe, the Red Woman. The nature of the beast is different between the tribes, so they may have a head, or be head-less in others, and may be the size of a regular person or other times the size of an ogre. So if you see a headless man of any size, don’t mess with it. 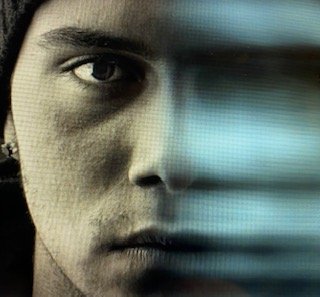 The Ioway, Crow and Wichita native tribes believed that there was a horrid, human-like monster that was something out of a nightmare. It is said that it resembles a human but has long spikes protruding from its’ elbows and may have a second face on the back of its’ head. The long spike on its’ elbows are used to stab people to death and it loves to kill, especially women and children. It is said that it is a predatory beast that stalks and eats folks, when they least expect it. It may be best to stay out of the woods. 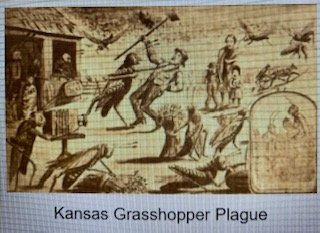 How would you like to come upon a swarm of giant grasshoppers, with those big mandibles, scratchy back feet, clawed front feet and spitting tobacco everywhere? That would not be something I would want to find, but apparently, in the lore of Kansas this actually happened. The website, Legends of Kansas.com, tells the story like this…eew. “The grasshoppers that ravaged the big farms were as large as mules. Champing huge mandible and lashing great antennae, the monster insects deliberately bullied the hogs, cows, and sheep. Nothing escaped their voracious appetites. Wagons and well platforms were favored tidbits. Armed with ax handles, buggy whips, and pitchforks, the gargantuan hoppers fought viciously in fence corners for the last ear of corn. After devouring the crops, they would insolently pick their teeth on the barbs of the barbed-wire fence.” Well, there ya go….nope.

A couple Deer Lady sightings were given to me by a lady in the Clearwater Cemetery on May 5, 2021. She states:

"I did not see her we had two sightings of a blue eyed monster in the clearwatwr Cemetery. After reading about the sightings I started doind research into what it could possibly and the only logical possibility if it isn't human is the deer lady."

This young lady and her partner, "are wanting to see what we could do to prove if it's supernatural or not." I provided them information about the Deer Lady and suggested putting out game cameras. Since this sighting was of a blue eyed monster and the Deer Lady has brown eyes, it may be that this is an unknown cryptid. I hope they got something on their game cameras!